As electrical recording and amplification improved there was increased demand for coin-operated phonographs. The term jukebox came into use in the United States beginning in 1940, apparently derived from the familiar usage “juke joint”, derived from the Gullah word “juke” or “joog” meaning disorderly, rowdy, or wicked.

The jukebox was sometimes the center of controversy. Parents, concerned by the popularity of swing and Jazz music, thought the machines were a bad influence on their children. The association of the jukebox with bars gave it a somewhat seedy reputation—the term juke joint used to refer to a dive or a low-class bar. The questionable reputation of the jukebox got even blacker when scandal erupted in the New York area after it was discovered that the Mafia controlled the operation of jukeboxes throughout the area. Nevertheless, jukebox listening continued to provide entertainment through the war years.

The 1940s and 1950s are considered the heyday of the jukebox, when listening was at an all-time high. The machines made in these years were elaborate and flashy—in fact the jukeboxes of the 1950s had chrome grills and tailfins like cars. These machines were made to last almost forever, but the coming of the 45-rpm record in 1948 banished the beautiful jukeboxes of the 30s and 40s to the junkyard. Today they are prized by collectors. As the life span of the 45-rpm record began to slow in the 1980s, it was the jukebox that kept the 45 alive for a few more years. But jukebox manufacturers began to switch to CDs in recent years, and the old machines are rarely seen outside private collections today. 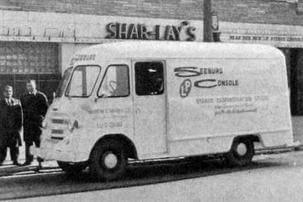 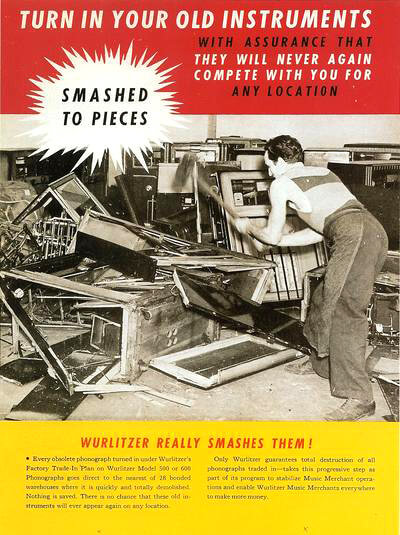 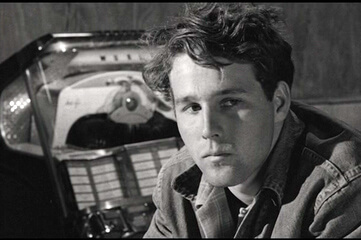 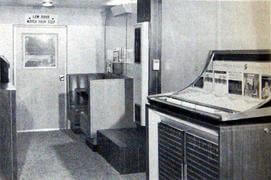 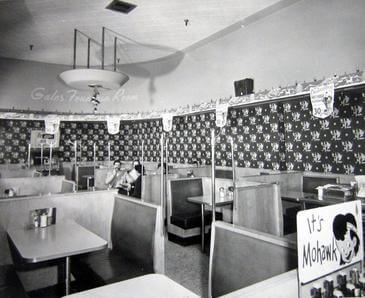 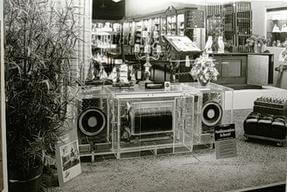 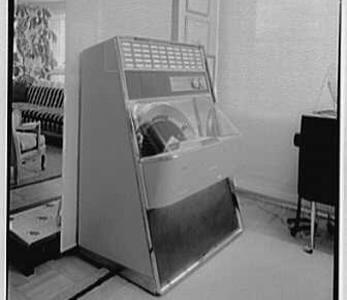 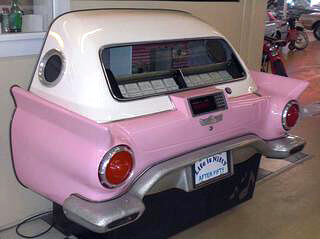 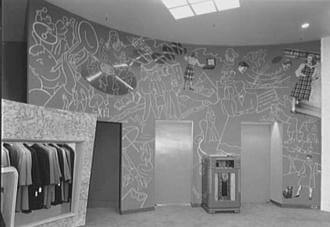 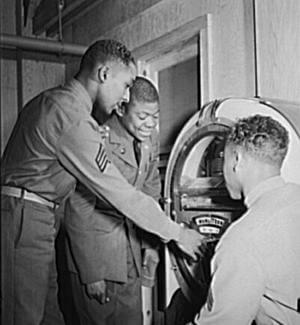 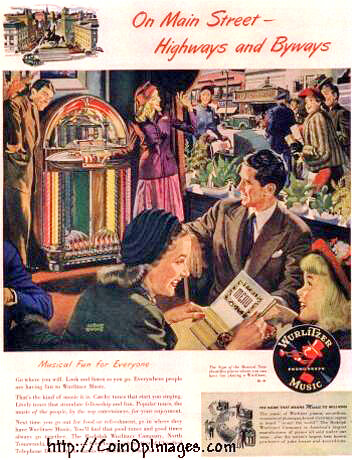 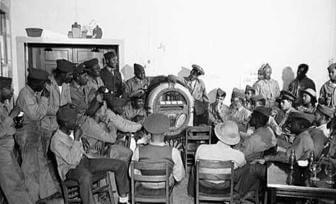 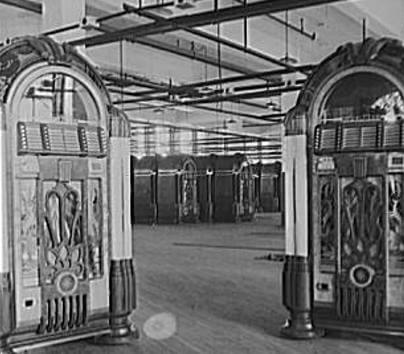 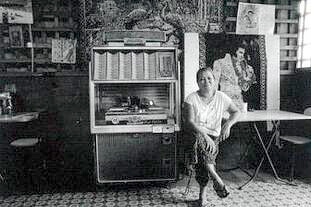 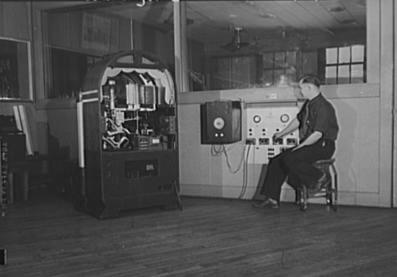 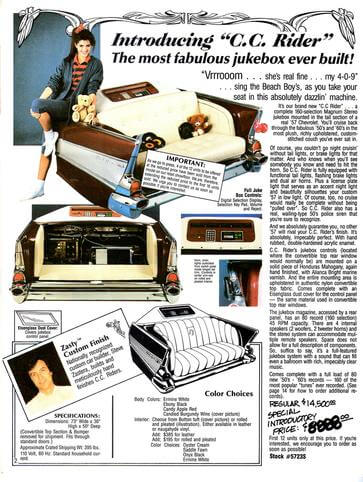 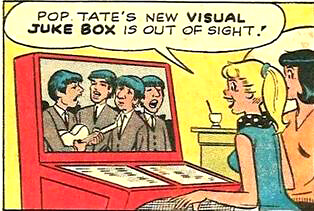 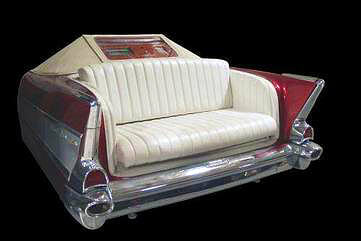 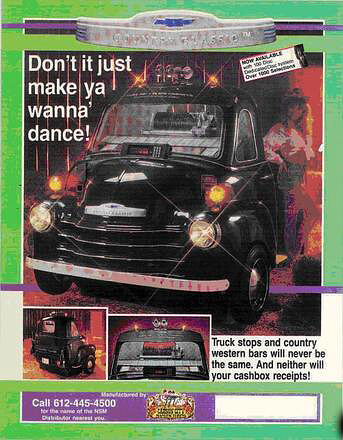 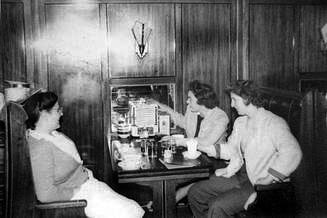 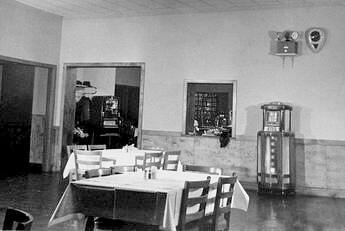 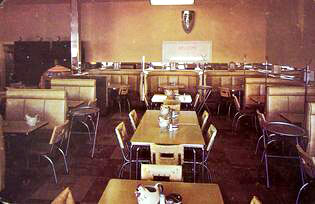 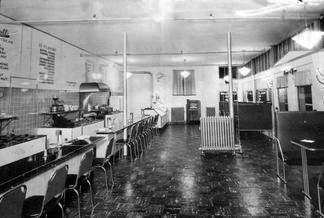